These are the riches of the poor 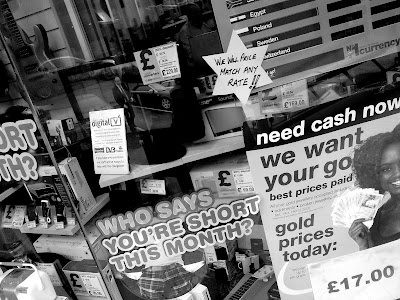 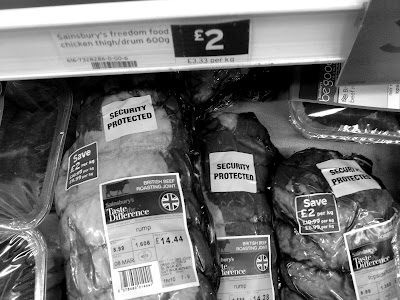 -
These days. You look around and it's everywhere. The £££ meltdown misery, making whoring junkies of us all. It's skulking about, up and in your face. It's an industry that knows its time and place, like the scheming vulture circling it's thirsty prey on barren lands. The franchises that profit from effectively stealing and then recycling the possessions of the cash-poor and hard-up. From ten stores in Scotland to sixty, coming soon. I truly fucking weep. And the supermarket stores, around the city centre, that feel the need to security tag their meat, let alone their booze, to ward off the skint and needy, to great applause from the bastards up on high. As Cal might say, whilst munching on his beans on toast and intimidating his daughter, the permanently wide-eyed Emily, 'fuck this for a game of soldiers'. Enough. Enough now.
-
Shoestrings - 'Yesterday's advice' (3.51)
-
Some fools thought they were mere Field Mice wannabes. Sigh. I mean, I can hear the similarities but would still beg to differ. They were just themselves, as my dear old Mum might say. Oh, Shoestrings are now known as Invisible Twin, btw.
-
Posted by Colin at 08:25