Not a sonnet, not a sound 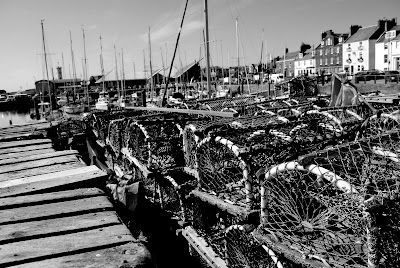 -
No prizes or awards, for it is very obvious, but I still get amazed when a random event or chance meeting can trigger a buried memory that relates to a spectacular song. Often a memory that you'd forgotten you had, for reasons of shame, regret, worry or, er, arrest. I was speaking to someone at work earlier today, who I didn't know, and when she said her name was Christine... well, that was me thrown straight back to a little-used bus stop situated on the main street, in the wee town, I was living in almost twenty-five years ago now. It was a Sunday evening, school the next day. She was heading back to the place in the photograph. It was a saying goodbye kind of moment, you know the one, to a girl called Christine. I just didn't like her in the way that she liked me, unfortunately. I had to be bold and just say it. At a bus-stop. And the bus took ages to come and was late. This song still makes me gulp a bit, even after all these years. And now I can remember exactly why - how wonderful. Anyway, this is a haunting version, given the rather frightening whispering of her name just past the minute mark. And the intense moody stares in the desolate South Bank studios. It's all glorious. I did the right thing, by the way, looking back, for both of us... but this song is dedicated to anyone who has ever broken-up with someone at a bus-stop. Where the bus took ages to arrive. Silences and tears. Sigh. And it's also for her, Christine, the girl from my distant teenage years who I now remember again, thanks to a chance meeting and a spectacular song.
-
The House of Love - 'Christine' (live) (﻿3.08)
-
All things said... this is a pretty great resource whilst this album is an essential purchase.
-
In other news.... this wonderful band are playing a wee Christmas show at King Tut's in Glasgow on December 28th. Festive joy! :)
-
Posted by Colin at 20:42