I know what you need (that girl is crazy) 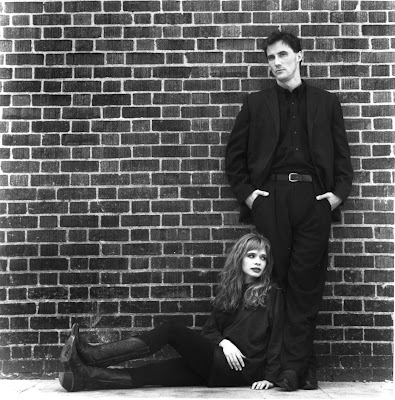 -
Has it really been so long? Jeezo. This is just to say, especially for those of you lucky enough to be located in North America, that a special 20th Anniversary edition of Hal Hartley's film 'The Unbelievable Truth' has just been released. His writing, directing and music over the last two decades has been an inspiration to many. He is, without exception, the one director making films today that I'd watch anything by, without question or a moment's hesitation. I mean, if he filmed himself brushing his teeth I'd have it on repeat. In my opinion, nobody has written better dialogue scenes about life, love and the sometimes maddening ways we interact and fail to communicate with each other than Hal, especially when they involved Martin and Adrienne. And so, thanks to some neat editing skills, you can bear witness to Hal's twenty years of filmmaking in two minutes. Really. Go DJ Mendal. If Hartley's work is new to you then I hope you enjoy him as much as I have over the years. He deserves medals.
-
Hal Hartley - 'Fear of love' (End credits from 'The Unbelievable Truth') (2.32)
-
Visit Possible films. Watch this. And this is quite clever, I think. Remembering Adrienne, of course. She was brutally murdered in her apartment on November 1, 2006, just 40 years of age. I remember the day I heard this news. It was like the sun had fallen from the sky. She was the only person who really looked kick-ass great in cowboy boots. x
-
Posted by Colin at 01:58