If there were two of you which one would win? 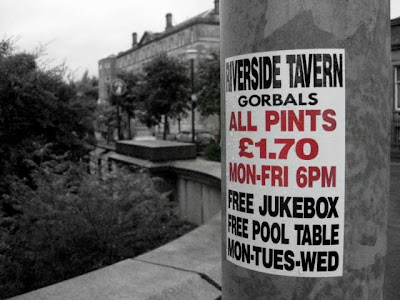 -
I realise the jukebox jury - even in the Riverside Tavern, most likely - was a bit divided on this album but if I was putting together a 'best of the year' list then this album would be on it, for sure. If only because it was probably the most ambitious and inventive album that I heard during the last twelve months. A glorious combination of post-punky guitars, lush strings and thoughtful lyrics (in North East accents). So, that was me totally sold.
-
Field Music - 'Measure' (Live at Rough Trade East, 15-02-10)
-
Field Music are here. Buy the album here.
-
PS, The answer to the Couplandesque question in the title is neither. We'd both trip over with 10 yards to go. Life. And how to live it, eh?
-
Posted by Colin at 11:32