And now you've come along 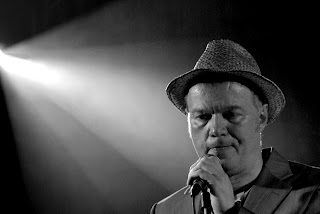 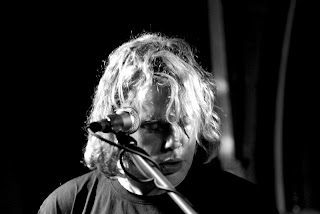 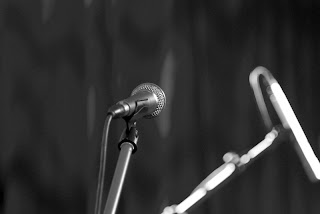 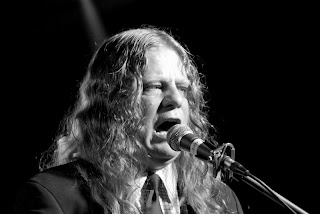 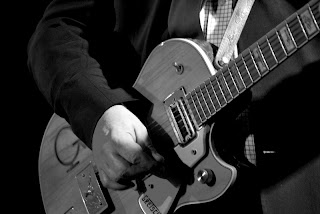 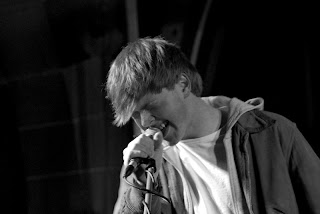 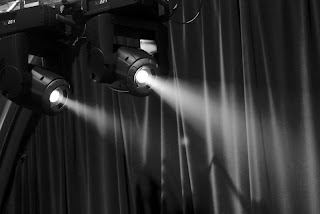 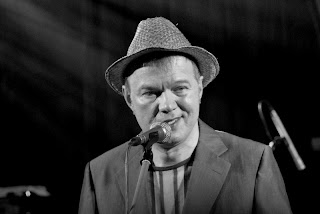 -
Edwyn Collins, supported by The Kinbeats and Frankie and the Heartstrings @ Oran Mor, Glasgow 07-11-10
-
Phew! This will hardly be an objective review, given how giddy and elated I feel right now, but this really was an amazing show. So, excuse my bluster and hyperbole. Hopefully the photographs above will tell their own story, and prove the actual point here. For even though he was born on the East coast, this was a kind of 'homecoming', of sorts, for the main attraction - the Glasgow crowd hanging on Edwyn's every single witty, wise and well-chosen word. It was something to witness, indeed. Due to a stop-over at this place for some pre-gig nourishment, Ferg, JC and myself missed The Kinbeats but did manage to catch Frankie and the Heartstrings. It was a confident and assured set, as JC noted, but the actual songs seemed to slip from one to the next without a pause or a note of (much) difference and distinction. True, the sound upstairs at Oran Mor can be a little bass-'muddy' at times, given the nature of the high-ceilings, this being the former Kelvinside Parish Church after all, but even so... the Heartstrings band had left the stage, I must admit, without a melody or a 'hook' getting inside my damaged head. A pity, but they are a band to watch for sure, not least due to their sheer physical energy and exhuberant performance. And so, the lights went low, and come 9pm a familiar shuffle was heard and our epic hero, as ever championed by his wife Grace, appears, stage left. The band - including the multi-talented Boz Boorer (keys, sax, bass, anything else that's to hand....), nonetheless - are plugged in and on the go, opening with a wee jamming taster before launching into the full-on, punchy, Northern-Soul-alike, anthem that is 'Losing Sleep', the opening track on the new album of the same name. The intentions are thus made clear from the very start: this night is going to be relentless and rock just a wee bit hard. And so it proves to be - for over the next 90 minutes or so there is a fair outing of material both recent and historic with, pleasingly, new songs like 'What is my role?' (co-written with The Cribs' Ryan Jarman) and 'Do it again' (featuring Alex Kapranos and Nick McCarthy from Franz Ferdinand) holding their own against classics such as 'Rip it up' and 'A girl like you'. There are just two thoughts that pain me about this evening, and one moment that brings a tear to my eye, in a good way. What pains me? Well, firstly, the performance is just over way too soon - given the extensive back catalogue Edwyn can dip into you just keep wanting moar - and, secondly, depressingly, you can't help but wish for Edwyn that he could pick up that fucking guitar and just play it (you can see the sheer desire in his eyes, to strum and pick and more, and you can also hear it in his encouragement to Tom Edwards, in particular, to just let those riffs fly...). It is a sad thing to dwell on, the guitar thought, but what makes me truly weep - well, it is when his son, William, takes to the stage, late on, to join his father, and the band, with all his teenage nerves, confidence and delight just out there and off the fucking hook. Body rigid, hands shoved deep into pockets. An in flames orange fringe covering his eyes. But he lets it all out, and then some. His old man beams with delight. They embrace. Williams leaves, one song is the absolute point of this. It is quite amazing to witness such a tender father and son moment, from just a few feet from the stage, and given what Edwyn, Grace and William have been through, in recent years, you can't help but admire the tenacity, talent and unedited love that is on display. It is as much staggering as it is almost unbelievable. But over it is. All of it. With the closing number of 'Blue Boy' still ringing in our pelted ears ('She'll be listening to the words being sung!'), we make our way out onto the bitterly cold and rain-swept streets of Glasgow. And we all fall over and laugh, again. It is that kind of evening really. We have all come along, for Edwyn, the band and his family. Even Duglas T. Stewart is smiling away.
-
Edwyn Collins - 'Losing Sleep' (3.15)
Orange Juice - 'Blue Boy' (2.55)
-
Edwyn is camping out here. And he makes strange tweet sounds over here. Oh, you can also take 'coals to Newcastle', right about here. Tomorrow evening Edwyn storms The Cluny, Newcastle.
-
Posted by Colin at 01:10