When you're the one that I've kept closest 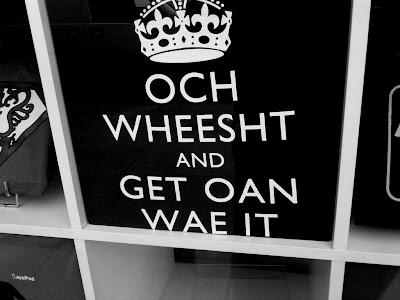 -
I hate to confess this, really, even in the relatively safe and warm confines of The Flying Duck, but I suppose it's useful to state that the brief fling that was Northern Picture Library... well, it has been my least favourite offering from Bobby Wratten (so far, anyway). And I don't really know why. It just seemed forced and unenjoyable, for the musicians involved I mean. What with stage fright, depression, addictions... not very surprising, I suppose. Also the music itself - what happened? - it seemed disconnected and aloof even, and the songs incomplete, in parts. Too ambient, missing meaning, feelings, guitars... But, saying that, I do like the song featured below. It takes a while to get going but then has some direction to it. 'Least favourite'. Ha. What a great expression that is. A bit like hearing the immortal phrase, 'I love you, mostly...'. Anyway, I guess I'm saying these words as I'm wondering out loud what Bobby is going to do next. You'll know, I'm sure, this was the last long-playing release from Trembling Blue Stars. Sigh. It's a perfect album and I guess it's good to go out on a high with some amazing pop songs. But... what next? It's just about the waiting, really. Isn't it Aggi? Meantime, yes, I'll just go and watch some old Pastels songs on YouTube and play that xx album to death. After all the hype, you know, it really is a great record. Not boring at all.
-
Northern Picture Library - 'Catholic Easter Colours' (7.09)
-
Just trying to be topical, in a calendar year kind of way. This is at least one version of certain events. To be purchased, here. It's worth hearing, honest.
-
Posted by Colin at 10:42