The walls close in and I need some noise 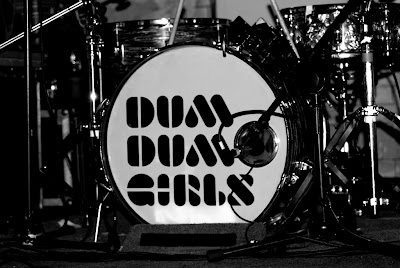 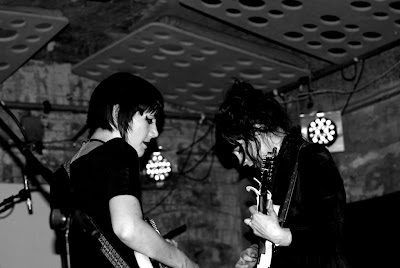 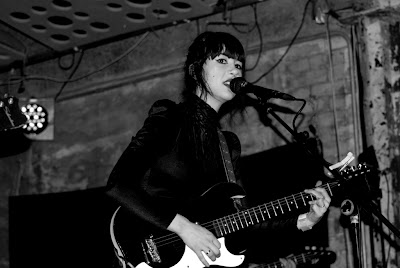 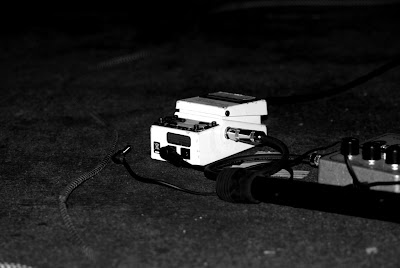 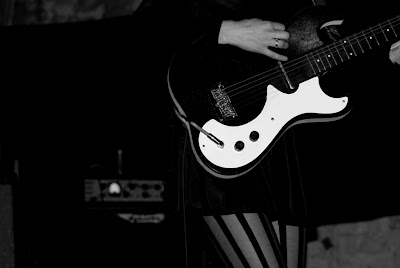 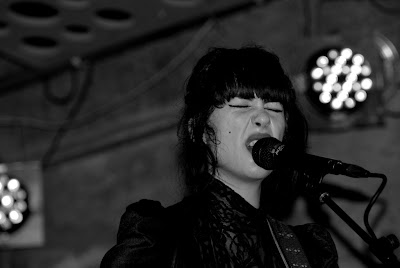 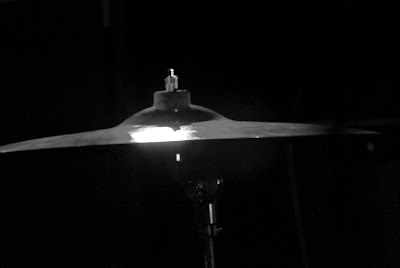 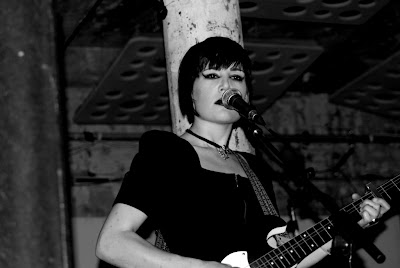 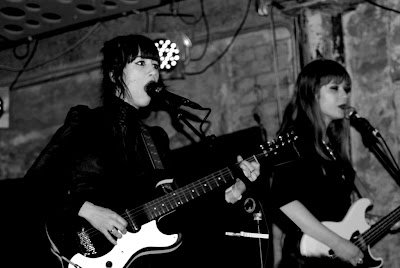 -
Live review: Dum Dum Girls @ Stereo, Glasgow, 03-04-11 (with support from Top Dollar and Mazes)
-
'Their tights are way better than their music' some (predictably male) cunt once said about Dum Dum Girls. Well, true, the tights (it's a uniform, get it?) are pretty amazing, but no one was saying they trumped the music in Stereo the other night. And, fucking hell, these sounds, pummeling you in the chops from the word go. It is relentless, brilliant and you just can't take your eyes off front woman Kristin Gundred ('Dee Dee'). Her gnarling, spitting, contorted face as she throws out another lyrical put-down, demanding not to be forgotten... she eyes you with a look befitting a sweet and tender 8th grade serial killer. It's also a music that has instant hooks and a foot-tapping warmness to it: a fascinating blend of Spectorish 60's girl group harmonies and 80's feedback/buzzsaw pop guitars. Think of, perhaps, The Crystals or The Ronettes getting it on with the VU and the Mary Chain. Or Spaceman 3 playing the part of Siouxsie's (or Patti's) backing band. But, in a more complex truth, they are just themselves and they carry the sound and the look of a band on the rise, much like support band Mazes who also delivered a confident set, coming over like a transnational, and a lot more coherent and together, Dinosaur Jr. The Dum Dum Girls set was mainly taken from last year's full-length album 'I will be' (Sub Pop, 2010) as well as tracks from the early EP 'Yours alone' (Captured Tracks, 2009) and the new EP release 'He gets me high' (Sub Pop, 2011). A couple of new songs ('Lavender haze' and 'Teardrops') got an enthusiastic reception, especially from the tweenie-punk Glasgow hipster fan-grrrrls dancing down the front, and the one-song encore, 'There is a light that never goes out' needs no introduction here. As a cover it plays out well, though truthfully it's better on the new EP than handled live (the subtle aspects of the song, and the sheer beauty of it, gets a little lost with the effects pedals and the haste to finish the set). Dum Dum Girls play Leeds tonight and London tomorrow, so why not go see them harmonise, in a sun-soaked, blissed out, buzzsaw kind of way. Their only way is up, Baby.
-
Dum Dum Girls - 'Hey Sis' (2.15)
Dum Dum Girls - 'Bhang Bhang, I'm a burnout' (2.34)
Dum Dum Girls - 'He gets me high' (3.00)
-﻿
Go visit the Girls and go buy all their records. You might want to watch this or this.
-
With thanks to Callum at KMR Promotions.
-
Posted by Colin at 11:35