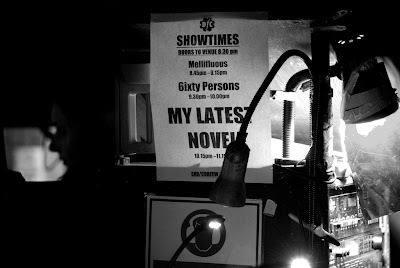 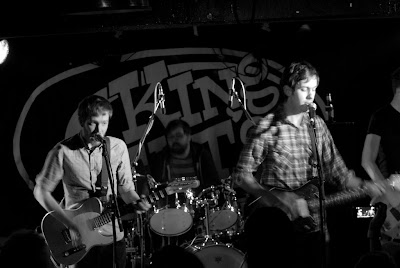 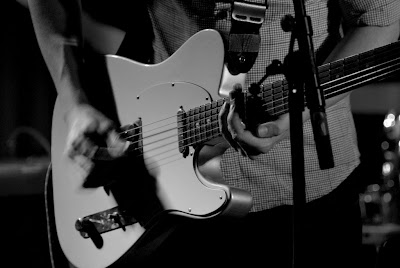 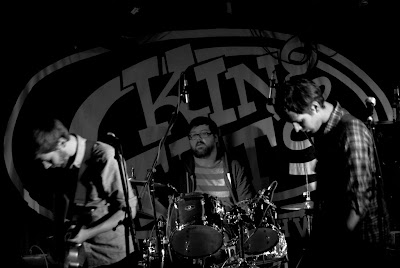 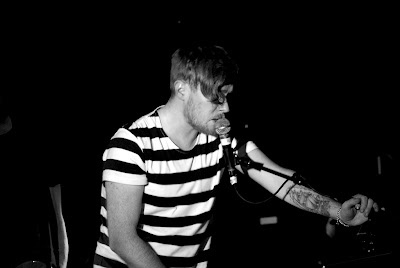 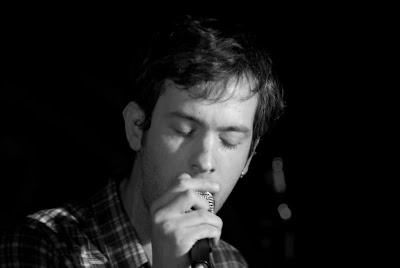 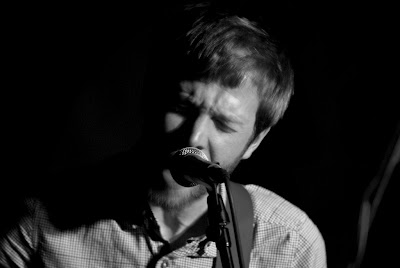 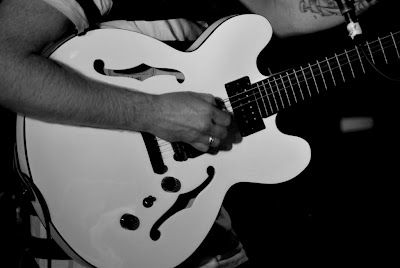 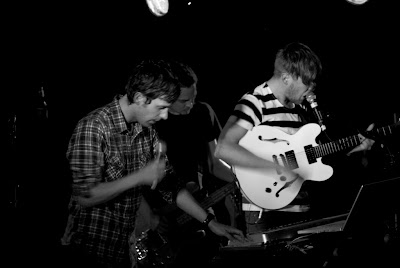 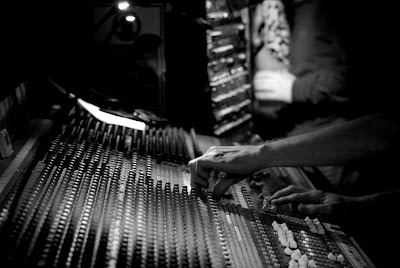 -
My Latest Novel, at King Tut's Wah Wah Hut, Glasgow, 28-12-10.
-
I'll preface these harsh words with some softening disclaimer type words. Ah love this band a lot. An awfy lot. I discovered them at a time when I badly needed them in my life. 'Wolves' was rarely away from the CD player in 2006. This need has carried onwards, forwards, as it ever will. So perhaps this was all about hope and expectations tonight. And how those elements never seem to match up to what you actually witness. For I have seen this band soar playing live, like you could not believe. But tonight the fireworks were never even lit, if that analogy actually works. This was a troubling show, right from the beginning. But, it was a sell-out, apparently, so clearly the slightly pissed weegie chattering classes decided to come along to King Tut's for the simple joy of talking over the band who, as we know, like their quiet moments as well as their loud moments. Fucking hell. I don't think I've ever been to a gig where the audience were actually louder than the band for the majority of the set. And not in a shoulder-tae-shoulder singalongwiththechorus way. Just in a 'And what did she say to him then? oh AYE, really...' etc. Sigh. And it wasn't just the audience being bampots. There was sound problems from the off - keyboard monitors buzzing that really got in the way of the more delicate movements, the utterly brilliant and unusual way that My Latest Novel use those changes in tempo and direction in a song, with the added greatness of the multi-part vocal harmonies from Chris Deveney (who tonight looked like he'd rather be anywhere but on stage; his body language throughout was revealing and he couldnae get rid of his guitar quick enough at the end - an end with no encore of course), Gary Deveney and Paul McGeachy (nae Laura McFarlane tonight, or, indeed, ever again it seems for she took her violin and left the band earlier this year - and trust me when I say she is badly missed). Yes, so, this was a troubling show. But, as ever, there were a few saving graces pulled out of the hairy baw-bag. On the plus side, snippets of older material rarely played from 'Wolves' saw the light of day and a couple of new songs were aired from the forthcoming untitled third album (also to be released by Bella Union in 2011). I didn't manage to snag a setlist so have no idea what the new songs might be called. One new track though featured Gary on lead vocal and was about him taking a holiday in the Alps. Or that's how I heard it anyway. Also, to be fair, key songs from 'Deaths and Entrances', such as 'I Declare a Ceasefire', 'Hopelessly, Endlessly' and 'A Dear Green Place' were pretty spectacular but again the audience spoiled it by updating us about what they got for Christmas and who is shagging who in the office these days during the quiet bits and, well, Chris's vocals were a little off on occasion as well. Still, there is hope here - in parts. On the evidence tonight, the band do need to get another violinist in - it's such a key part of who they are and the sound they've made their own. Older tracks, and the newer material, need the substance and the emotional punch that the strings provide (witness Butcher Boy as an example of this working so well). The new material shown off tonight does give much promise for the third album - it sounds strong, lyrically interesting and just a bit more determined. I just can't help but think though, looking around, that a band like My Latest Novel must glower at, say, Frightened Rabbit's multi-million $$$ global assault and wonder exactly what the fuck happened here...
-
My Latest Novel - 'Wrongfully, I Rested' (4.43)
My Latest Novel - 'I Declare a Ceasefire' (session version) (4.11)
-
Visit here. Buy 'Wolves' and 'Deaths and Entrances'.
-
"We can bleed them / we can rip them off..."
-
Posted by Colin at 12:32