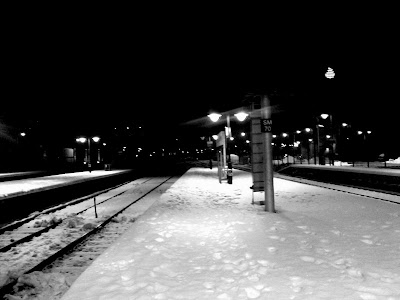 -
Alongside this total legend of a man, I'd love to sit down and have a few beers with Mark Cullen. Possibly in a late-night bar on the wrong side of Dublin. In particular, it's his work on the three albums put out under the Pony Club moniker that have struck more than a few reflexive chords with me. I've laughed and wept at some of his well-chosen Cockeresque lyrics, especially on a track like 'I still feel the same' - this is the kind of (dis)honest (possibly drunken) conversation you have with yourself in the bathroom mirror, trying to convince the one staring back at you, in a highly unconvincing way, that age really can equate to greater wisdom and, no, getting on a bit hasn't had an impact on who you really are, deep-down, and that you somehow still matter (that is, not boring) and are relevant, even just in a footnote kinda way. The last album Pony Club released, 'Post Romantic', sold a few copies but not nearly enough to do it justice. It's a crying shame, really. A few of us, I hope, will hear from him again soon. Well, a lot sooner than we'll ever hear from this guy, I suspect. I mean, really?
-
Pony Club - 'I still feel the same' (4.31)
-
Mark Cullen, we think, is still over here. The album, 'Post Romantic' (Hum Records, 2008), can be obtained, as a download, from here.
-
Posted by Colin at 22:56