Falling from a wire made just for you 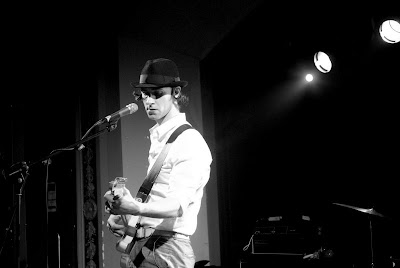 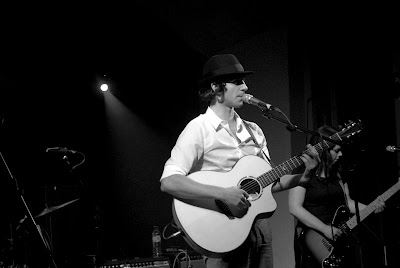 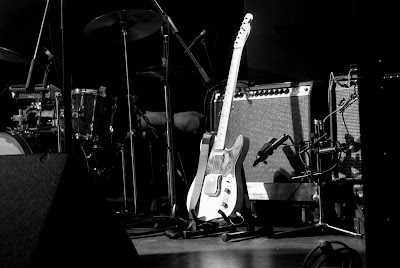 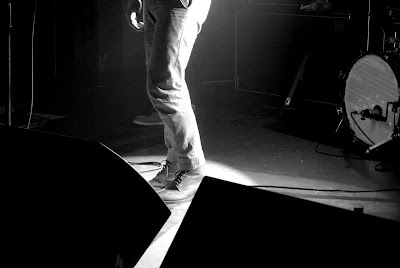 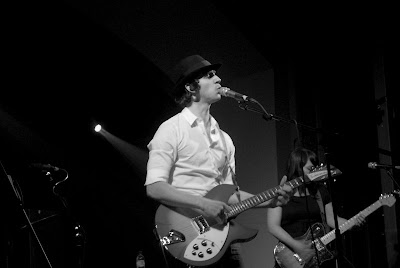 -
Paul Smith (with Gravenhurst in support) @ Classic Grand, Glasgow, 03-12-2010
-
It's a teeth-chattering chilly and utterly wild night in Glasgow. And that's just inside this historic venue. Who broke the heaters? It was the drummer, apparently. Outside, it's like a scene from 'The Thing' ('why don't we just wait here for a little while... see what happens'). But for the punters who braved the elements, this was a show that reminded you that nothing beats live music. Nothing. Smith's personal, 'not solo' album, 'Margins' (Billingham Records, 2010), has been met with mostly favourable reviews but a common voice has declared that played live it takes on entirely new dimensions. And there is some truth here. As you would expect, the album is the focus and both the 'quiet' and 'loud' moments are given to us with passion, fire and humour. There is much less freneticism on display, no scissor-kicking and jumping about like a daftie, but this is no bad thing for a live performance of such intimate and personal material. Indeed, the album seems to be driven by the recurrent theme of a love that simply cannot be obtained or reached. Or perhaps that's just me. Anyway, Paul Smith, in Maximo Park days, was often described as 'the energetic frontman'. Fair play, really. But his warmth and humour, in this stripped down and 'up close' format, take centre stage - he is a truly captivating and engaging performer. He is also, truth be told, sex on a stick. There are some really nice exchanges and interactions with a clearly devoted audience and the women occupying the front rows, in particular, worship the man, dressed tonight in denims, white shirt and the trademark hat, of course. 'North Atlantic drift' rocks hard and furious, as does main set closer, and single, 'Our lady of Lourdes' ('Your lips distract me'). 'Whilst you're in the bath' comes over as a softly-spoken and bitter-sweet love story, told across the mascara-stained pillows that are really pretend bodies ('I'm falling to bits / but I'll get used to it') and 'This heat' has a distinct samba groove to it, which provokes the audience into a little more than just swaying on their feet to keep warm. Also included in the set, for the encore, are a few old tunes from Maximo Park including 'Tanned', 'By the monument' and 'Apply some pressure'. The delicate and fragile cover version of the Arthur Russell song 'A little lost' ('Cause I'm so busy, so busy / thinking about kissing you / Now I want to do that') proves that Smith, as a singer, is far more accomplished than usually given credit for. It's a haunting moment that seems to freeze the audience to the spot. The highlight for me, though, was the gorgeous performance of 'I drew you sleeping' - and, well, the few brief moments of 'Dancing on the ceiling' as well. No joke: what would Lionel Ritchie have said? And, yes, obviously, 'Acrobat' was not played last night, but right now this live version, taken from the Maximo Park set at Glastonbury 2009, is the only song that really counts... just staggering in its brutality, devastation and demolition, a thing of twisted beauty stolen away from an honest and broken heart. Bliss, in a self-hating kind of way.
-
Paul Smith - 'I drew you sleeping' (4.59)
Arthur Russell - 'A little lost' (3.16)
Maximo Park - 'Acrobat' (live at Glastonbury, 2009) (4.31)
-
Paul Smith is here. Buy 'Margins' at this location. Smith plays Hall 2 at The Sage in Gateshead this evening (04-12-10).
-
Posted by Colin at 10:23