You said you failed to care 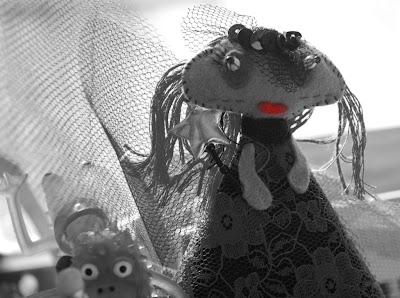 -
There are no real, or even 'real', words needed for this wee dispatch from the frontline of pop. It's just a link to, in my self-constructed and grossly deluded/inflated opinion, a compilation of twenty of the best songs that were recorded and released this year ('a year nearing it's old age', as Bobby Wratten might put it). Sigh. I always struggle with this type of 'it's the year end so we really need to get our shit together and compile our best of the best of mixes and lists' m'larky, so please indulge me and be a little tolerant. I won't reveal the artists or tracks that feature in an up-front way - suffice to say there are no major surprises apart from, perhaps, Mount Kimbie kicking things off? However, on reflection, it's a pretty mainstream 'indie' mix, all told, mainly because so many of the big hitters had great albums out this year that just couldn't be ignored. Anyway, to gain knowledge and power (in a Foucauldian sense) you need to click on the download! So, Merry Christmas, y'all, and have a nice time of it, ok? Meow. x
-
Various Artists - 'You said you failed to care': the best music of 2010 (hosted by File Factory, here) [zip file, 118MB, 20 tracks)
-
Posted by Colin at 14:05