There is a ghost in the red room troubling my mind 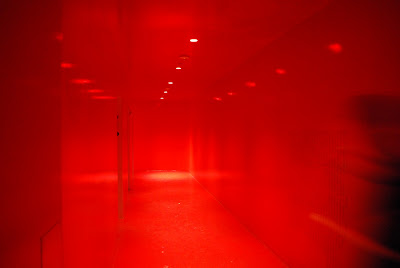 -
#keepingitpeel
-
You know, it was simply too difficult, in the end, to select just one band and one session for Keeping It Peel so, rather, I have chosen a few tracks from particular bands that I have kept close by mah hairy bosom over the years - most of them, of course, first introduced to me - and the nation - via the dulcet, late evening, tones of a certain John Robert Parker Ravenscroft (AKA Peel). Some of these tunes are incredibly important and special, to me at least - such as 'Anoint' by The Field Mice which (to my PhD-pass in all things Sarahesque knowledge) was never recorded or played in public anywhere else other than for this one-off Peel session. Utterly bizarre and strange when it could be argued, on solid grounds, that this was one of the best things they ever recorded (with that line-up, at least, namely McLennan, Wratten, Williams, Cait). Likewise, the cover version of The Modern Lovers track, by Galaxie 500, is an insight into the kind of 'freedom', relatively speaking, that these unique Peel recording sessions gave bands to try out some new ideas, and to pay their own respects to the artists that they themselves admired and worshiped - in this case Jonathan Richman of course. Each of the tracks listed below has their own story, for me, and doubtless they have a story for you as well. I hope so anyway. This was the glory of Peel - one minute he would be the only person South of Middleton to give The Chameleons, and so many other young bands like them, the time of day (along with access to his valuable ears) and the next he would let Loop play very very fucking loudly in the studio at Maida Vale. As for The Flatmates and the Kitchens, older readers, of pixels gone past, will remember only too well, I hope, how I feel about both of those bands. The Flatmates were, in my mind, one of the definitive 'indie pop groups' of the 1980's and they had a 100-day-trek sized rucksack of great songs to their name, not least the one featured here, 'Love Cuts'. Apropos the Kitchens, it's a long, staggering, version of 'Blue Pedal', and well worth your time, I assure you, as it builds and builds and builds... and then just fucking explodes in a rage of feedback and loops from about the four minute mark until the very end, some three odd minutes later ('And no one played keyboards'). I'd also highlight The Family Cat ditty - not least as the version you can play below actually comes from a c90 tape I had of the show that Peel broadcast that very night, keen as I was back then, aged 21, to capture the glory of the band who infamously stated on the back of their T-shirts, 'All Other Bands Are Dog Shite'. Juvenile, aye, but brilliantly adorable, meow! I have all four tracks from that night, by the way, if you'd care for them? And, as Peel says it himself from the tape, just before 'Furthest from the Sun' kicks in: 'A further dispatch from the frontline of pop....'. It fades in very quickly, and just off to the side, with a bit of an echo to just round things off. Oh John, you legend you. Nobody did it better. And nobody ever will.
-
The Field Mice - 'Anoint' (recorded 01-04-90) (5.51)
Loop - 'Collision' (recorded 14-06-88) (5.29)
The Family Cat - 'Furthest from the sun' (recorded 30-01-92) (4.07)
Slowdive - 'Catch the breeze' (recorded 26-03-91) (4.11)
The Chameleons - 'Second skin' (recorded 08-06-83) (6.06)
The Flatmates - 'Love cuts' (recorded 24-09-86) (3.39)
Kitchens of Distinction - 'Blue pedal' (recorded 23-08-92) (7.31)
Galaxie 500 - 'Don't let our youth go to waste' (cover) (recorded 24-09-89) (6.49)
-
With all due acknowledgements, credit and eternal thanks to Webbie et al @ #Keepingitpeel.
-
Posted by Colin at 00:01