I can take a road that'll see me through 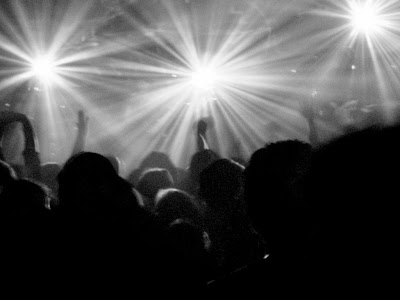 -
So, you were drunken in the haze of a less than happy hour, I know, but is that really a valid excuse eighteen years later? Sigh. I don't suppose you remember this song? Or the band? It was a strange time after all; 1992 was it? Nothing but Mega City 4, Midway Still, Leatherface and The Senseless Things playing local tiny grubby venues, attracting all the spotty late-teen boyz ('pop kids'), bad drugs and haircuts that could be used as weapons of mass destruction within their respective gigathon shrines to 'Powah Pop'. They ate all our chips as well. And snogged our ex-girlfriends as they had shiny wheels and could play three chords, with delay, reverb, delay, reverb, delay, reverb... etc. Nobody wore trousers, did you ever stop playing with yourself to even notice that? It was all baggy shorts and obscure indie T-shirts. Except for Wiz, of course, as he always wore that slightly manky Hüsker Dü shirt. Life in a transit van, eh? It's funny, just a little bit, how you look back at those strange times - you know, way back then - and when you look up at yourself now, in a forced hallway mirror making sure you've no toothpaste on your chin before you head off out for the day, kind of way, you realise that you've somehow ended up living the kind of life your Dad can't even begin to imagine. Or perhaps he can. But you'll never ask him, obviously. A line in a movie script would have it that 'every passing minute is another chance to turn it all around'. I'm not so sure that's actually true though, for some things. I mean, some actions, events, can't be turned around or forgiven. Water and bridges, and all that (it has long sailed out to the polluted ocean now anyway). Life. In an instant. You got it all wrong, you know, it's not all about my mother, it's all about my father. Him.
-
Drive - 'Go out - be happy' (3.52)
-
Nostalgia can be a terrible thing, but not always. Buy a copy of the album, go on now. You look at the photographs and just wonder: what the fuck were you thinking about, son?
-
Ps. My rather vain and lame attempts at documenting the wonderful life of Sarah Records continues, by the way. That occurs over here. It's happening every Sunday from a few weeks ago until I get bored, we run out of singles or JC evicts me from his castle. Hopefully the middle option will rule the school. :)
-
Posted by Colin at 11:24