It's all written between the words 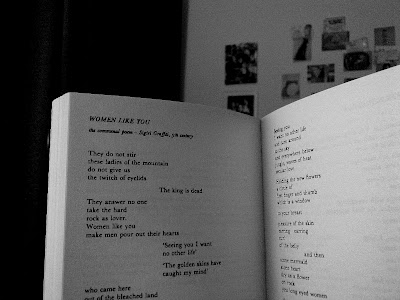 -
And, oh my, how time flies, in a back to reality (oooops, bumps-a-daisy) kinda way. A truly awful 24 hours to check-in with work again, grim news repeated and confirmed, showered over us in a faraway Board of Study like salt on those These Will Kill Youse fast-food fries to go, with 'red sauce' on the side. The new mantra is: 'academic and financial sustainability'. It is a Big Sigh heard all around the useful and technological learning campus, a sigh that is preserved for savings targets and the 'human cost' such actions will require. Who will be asked to leave the premises, I wonder. A spinning carousel of employment dumping and a P45 knock-back. The 'deinvested'. Not I, said the... But what might our Defenders unleash to try and save the day? Let's March to the South and make a point of saying  'No Moar', you nasty ConDem cutters. It's really hard to know what to do in these strange times. You want to roar like a Status Quo chorus on a hot day at Wembley but you just sound like the lo-fi cat's miaow that missed out on the lunchtime tuna special. You purrrr, weakly. Is it better to be the one to leave, rather than the one to be left behind? Yes, that's a line from a song. Obviously. And it is not even particularly relevant in this instance. But I suppose duty will call and you just fall back into your comfort zone, especially when the back of your neck gets a bit sticky. And not at all in a good way, for the source reservoir is one of anxiety and anguish. So, this is the song to keep in mind at such a precious time. Even though, recorded live, it has a bit of an awful and rather cliched rockist 'finale' that defeats the very purpose of why Ladytron were so crucial and important, at one point in LaLa-land time. You can keep your reality. Bah. I'll just try not to... [doubtless to be continued].
-
Ladytron - 'Destroy everything you touch' (live at the Astoria, London, 2008) (5.03)
-
In search of something from somewhere else. Indeed, how times flies? A Ladytron 'best of 00-10' record is out on March 28th (Nettwerk Records). You can pre-order here (UK). When they got it right, they were pretty special.
-
Posted by Colin at 10:14